Do you know the origin of the Cape Cross in Namibia?

To most, the name Cape Cross relates to the Fur Seal Reserve along the Namibian Skeleton Coast. However, its origins are rather interesting. During the Great Exploration, the Portuguese were the first Europeans to land on Namibian soil. Namely, Diogo Cão in 1486. Before shipping out, he erected a stone cross in honour of the king of Portugal.

The crosses served varied purposes. Some symbolized religion, proclamation of ownership of the land and of course landmarks for passing ships. Centuries later the cross was taken down and sent to a museum in Berlin. And replaced with another cross, constructed by German settlers in the 1800’s.

Eventually the German colonials invested further research into Cape Cross and found the  massive Cape Fur Seal colony. The Englishman who was doing the exploring also found a great reserve of guano (i.e. bird poo). Yes, most of us would not find this discovery all too interesting. However, there was a great need for the product in England to be used as fertilizer. 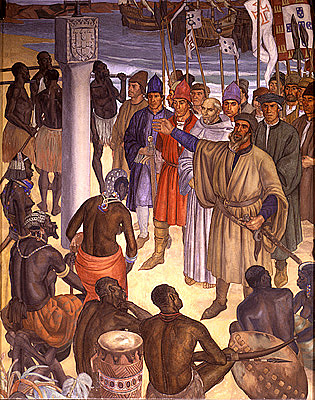 Just like that, a concession was granted by the German Colonial power for the English to establish The Damaraland Guano Company. Eventually, the general focus shifted from guano to seal skins. The shift included a change in authority as well. Coming to an end in 1903.

Finally in 2001 all that remained was demolished to make way for the Cape Cross Lodge and the Reserve was founded. Today, the location serves as an attraction to visitors. It is strange to think how much happened at the site and how things have shifted over time.

This is a great place to visit while staying at The Delight Hotel in Swakopmund.

If you have any information on the history of Cape Cross, we invite you to share it with us in the comment section below.

Author – Jescey Visagie is a proud Namibian and is passionate about writing and language. Tag along for the ride as she tries to uncover new insights into Namibia and explores what the country has to offer.